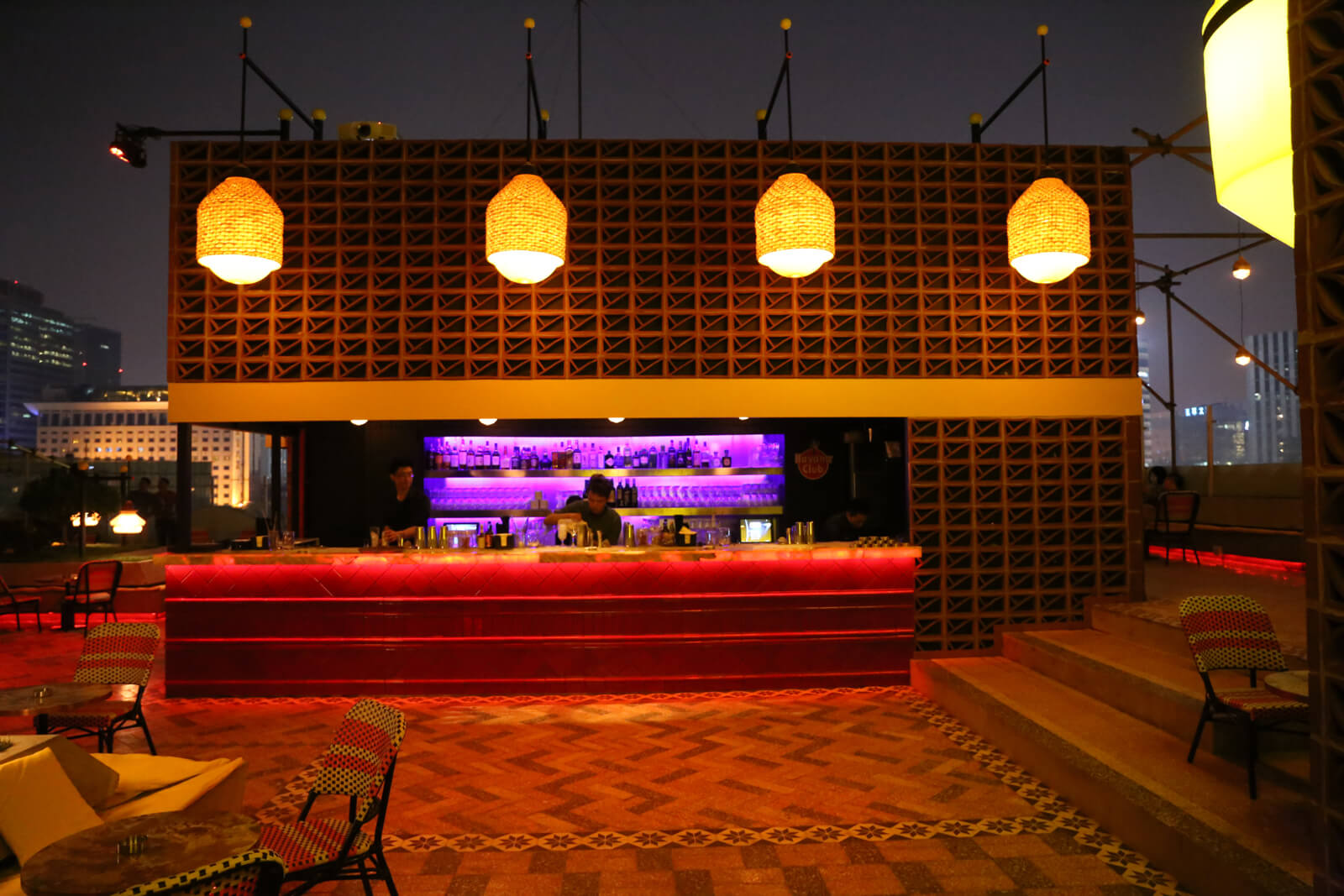 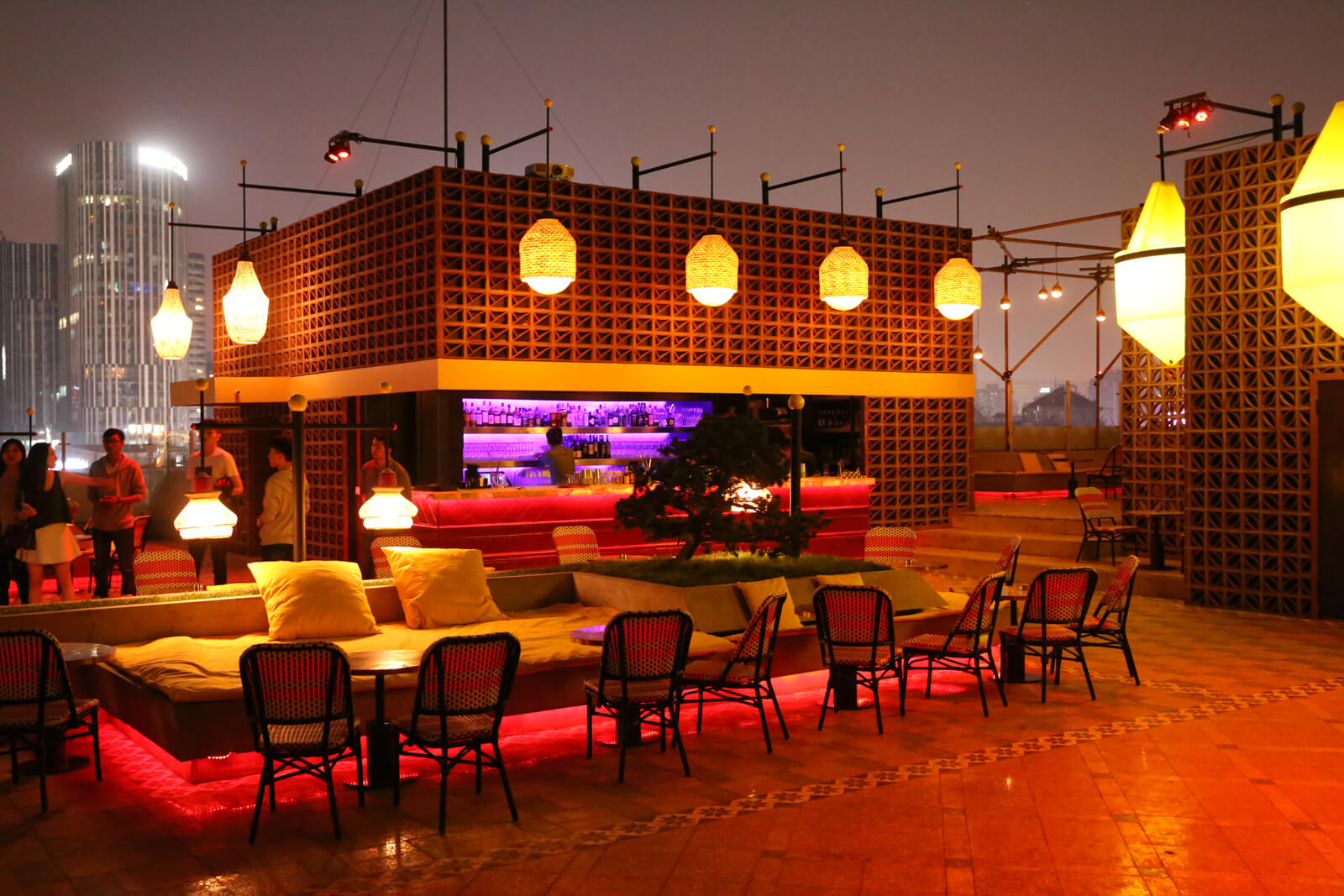 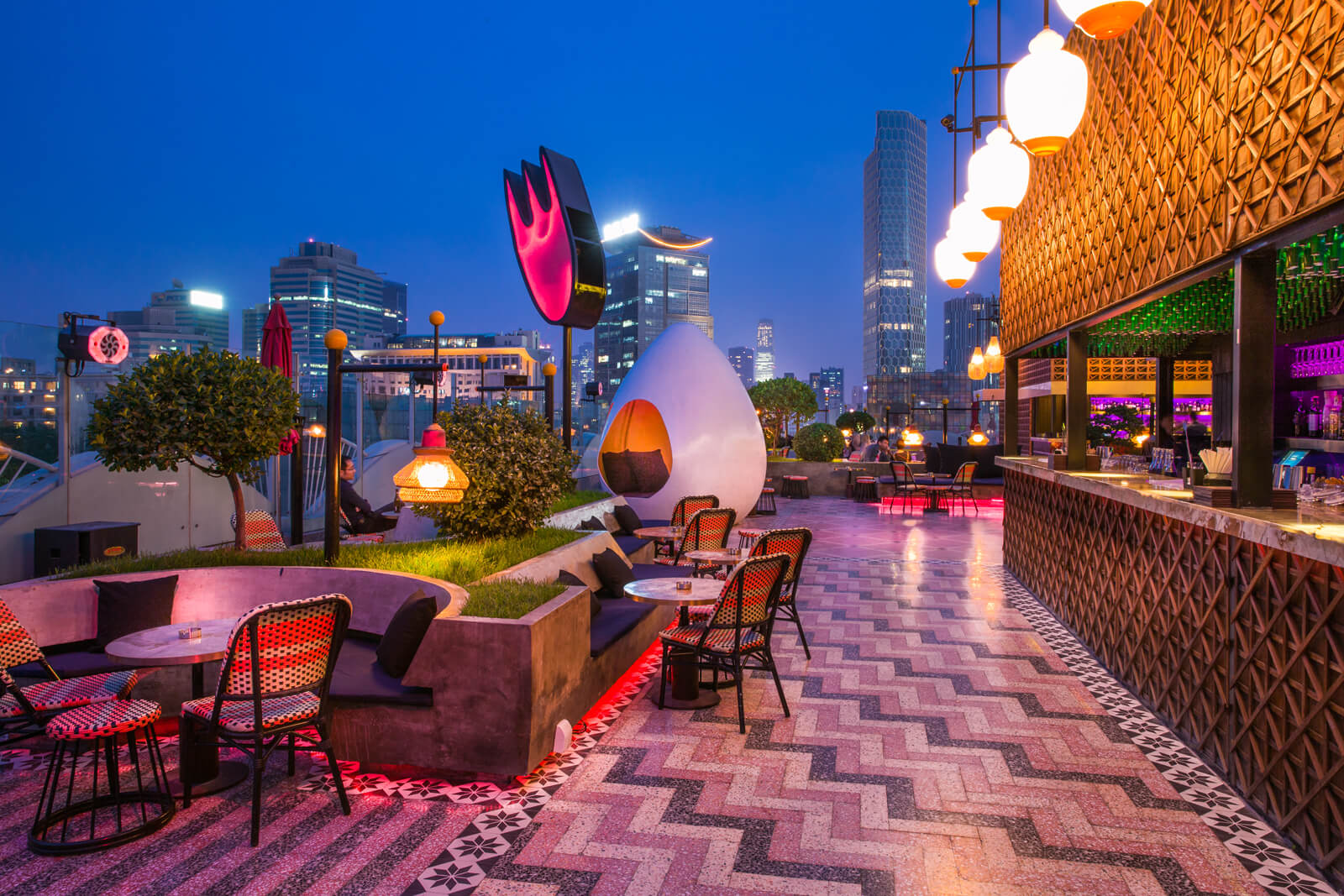 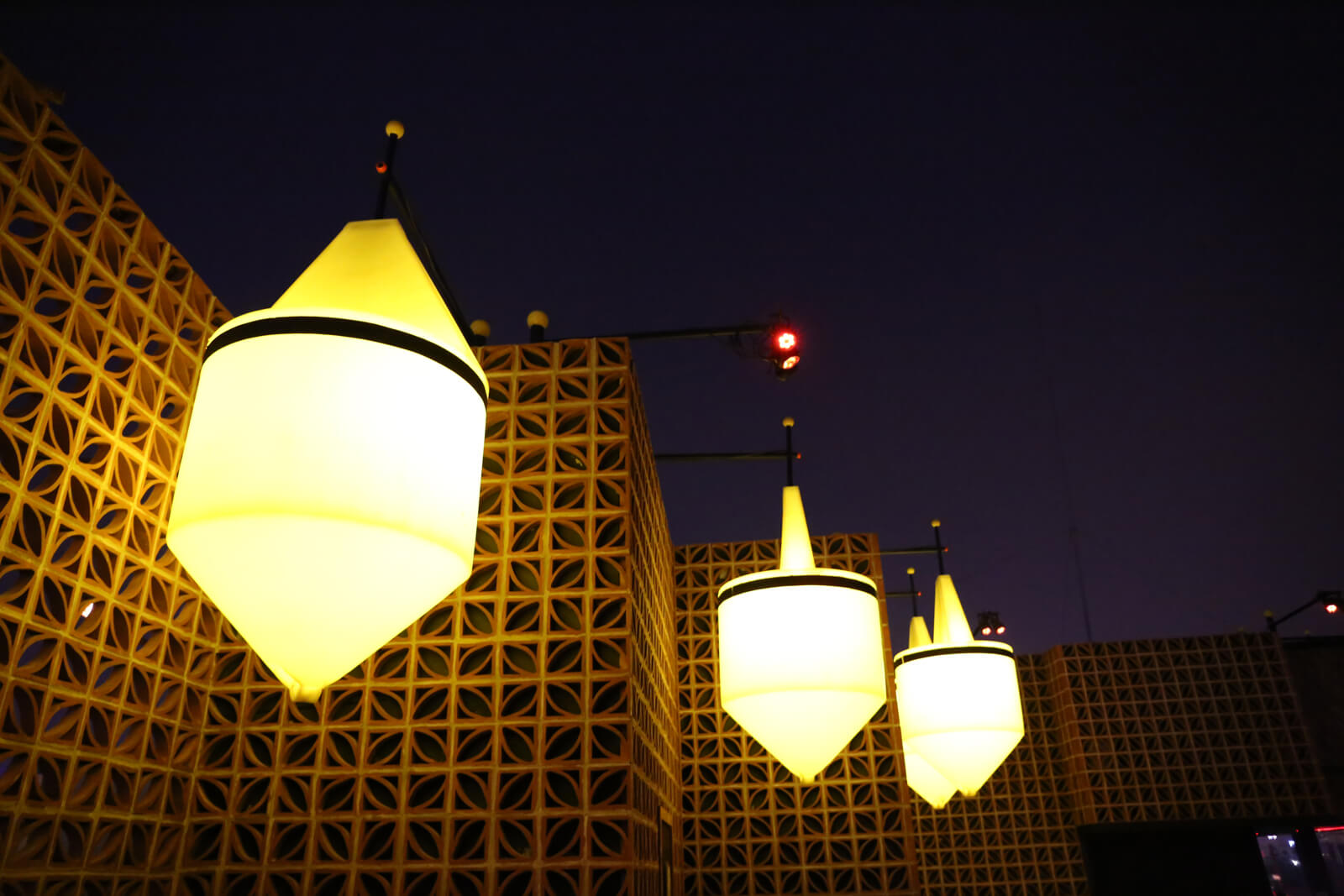 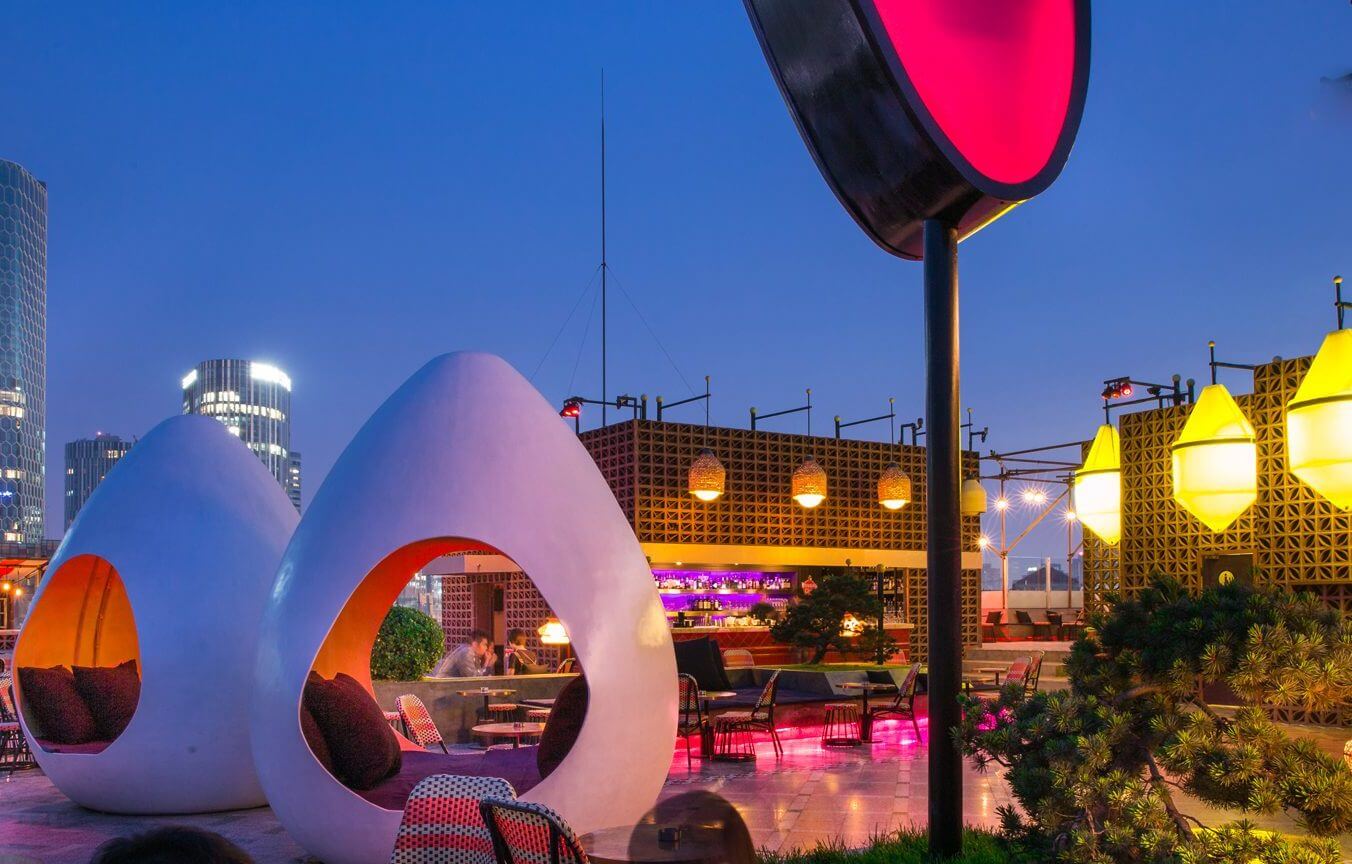 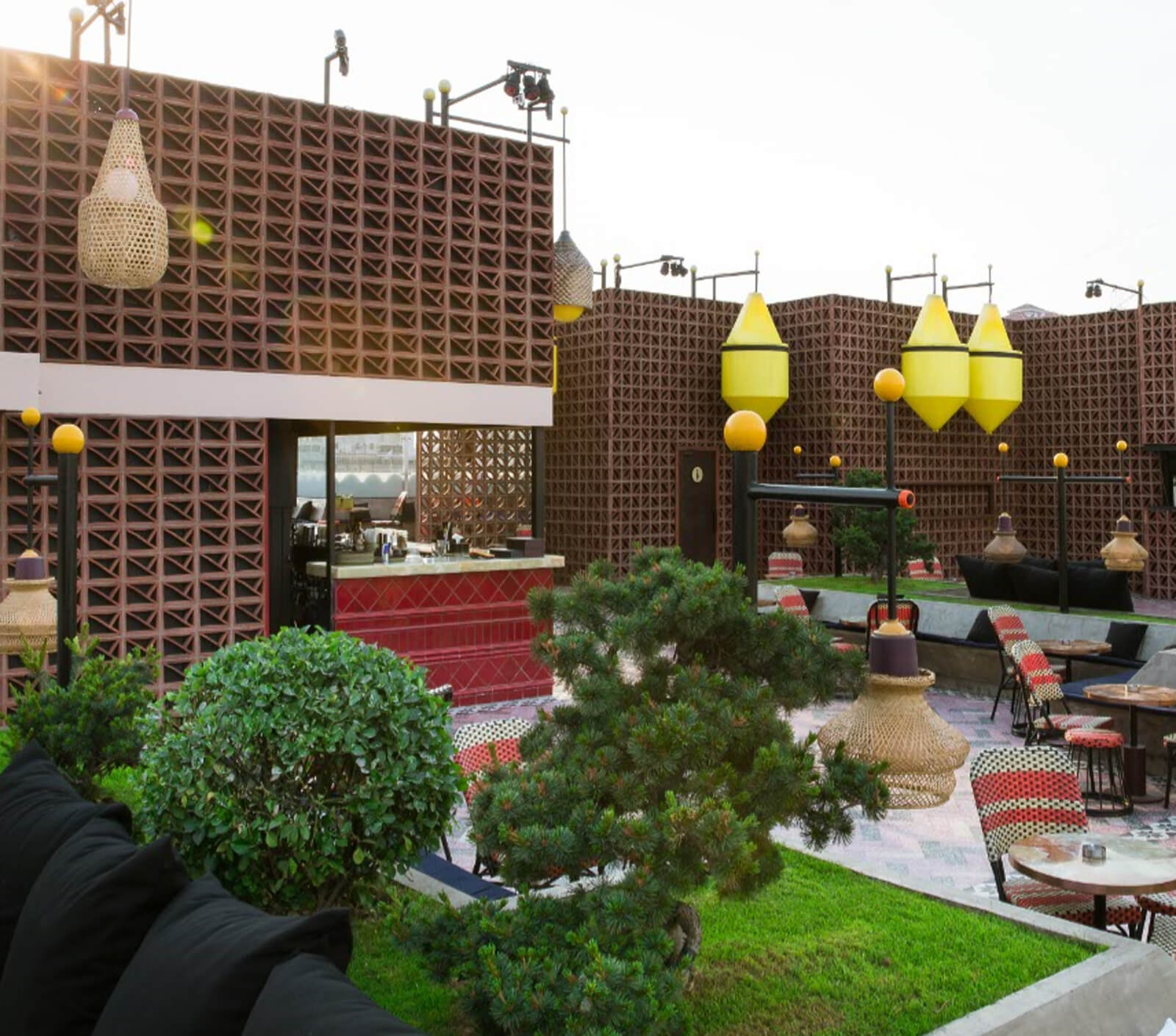 According to its designers, the terrace of the restaurant Migas is the “jewel of the crown” of the set of premises, mainly for the views it offers. Like the restaurant, it is located in the Nali Courtyard shopping center of Beijing and is also one of the favorite meeting places for Chinese and foreigners.

Two large central islands with concrete seats allow space diversification and, at certain points, become giant beds adorned by planters. The whole area is characterized by the style of the apartments on the Mediterranean coast; In particular, brick lattice walls, braided wicker lamps and recycled bar wood. In turn, the floor also takes us to the same coast, with different formats of terrazzo (very distinctive of the mediterranean coast) framed in hydraulic floor. As decorative elements that also follow a maritime referent, there are also buoys, rescued to shape the other type of lamps, and the two large eggs made with fiberglass, which have been preserved from the previous decoration of the terrace and that look out of the Olympic Stadium. The tables are made of marble and the chairs are very traditional cafe de Paris but with a more modern touch and colors.

In the VIP zone, the metallic structure made of pipes used to mount scaffolding, and which, arranged in geometric forms in a conscious way, is also reminiscent of the Asian structures made with bamboo. This structure, which hangs the lamps, gives the feeling of sheltering a space but with the freedom of not being bounded by a roof.

In general, space is a combination of Mediterranean style with oriental touches, such as black tubes with yellow balls decorating and holding lamps. The basic tones are yellow, black, garnet and terracota.

Warning: Use of undefined constant Y - assumed 'Y' (this will throw an Error in a future version of PHP) in /home/www/pichiglas.com/Home/wp-content/plugins/select-core/post-types/portfolio/templates/single/parts/date.php on line 4
2015