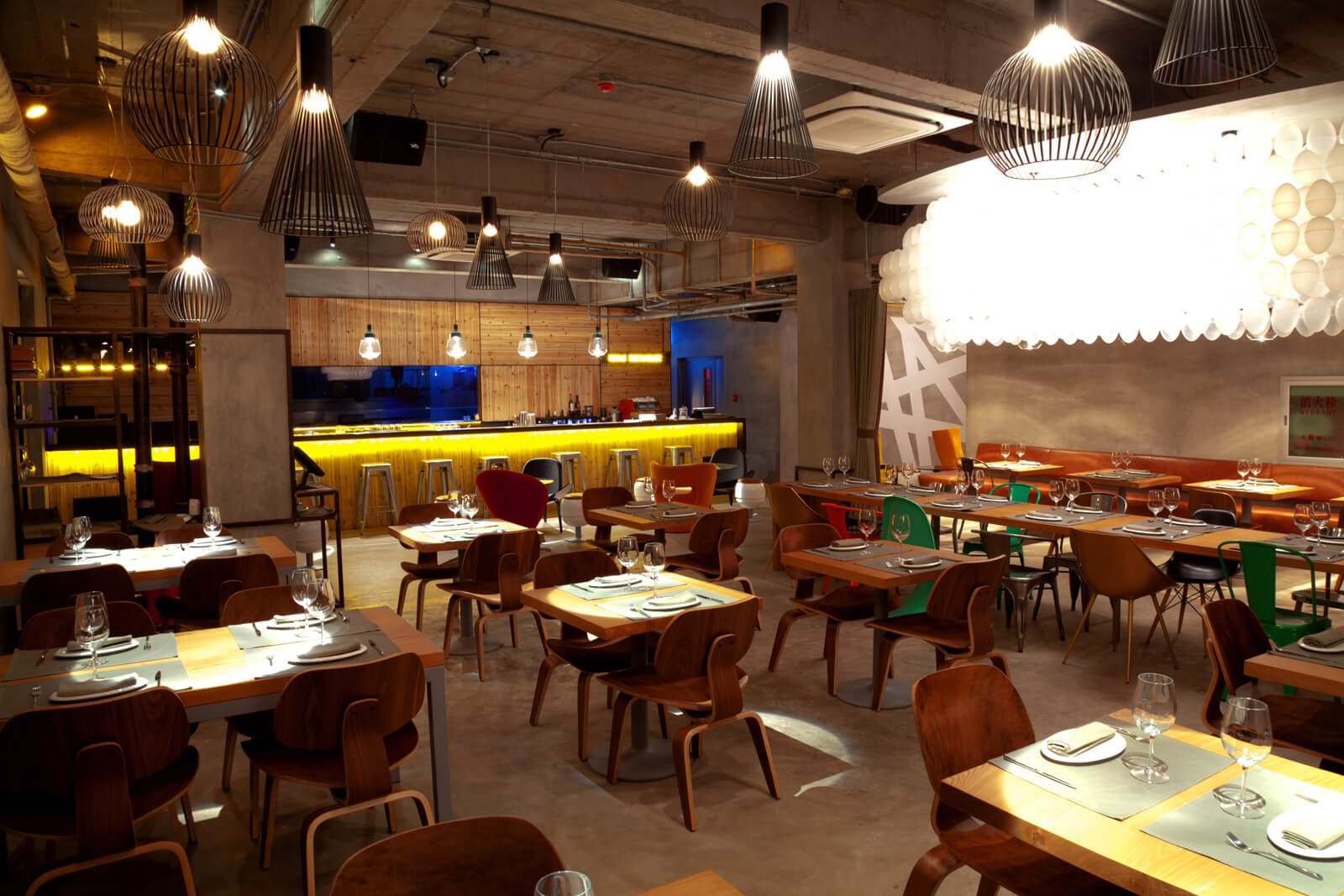 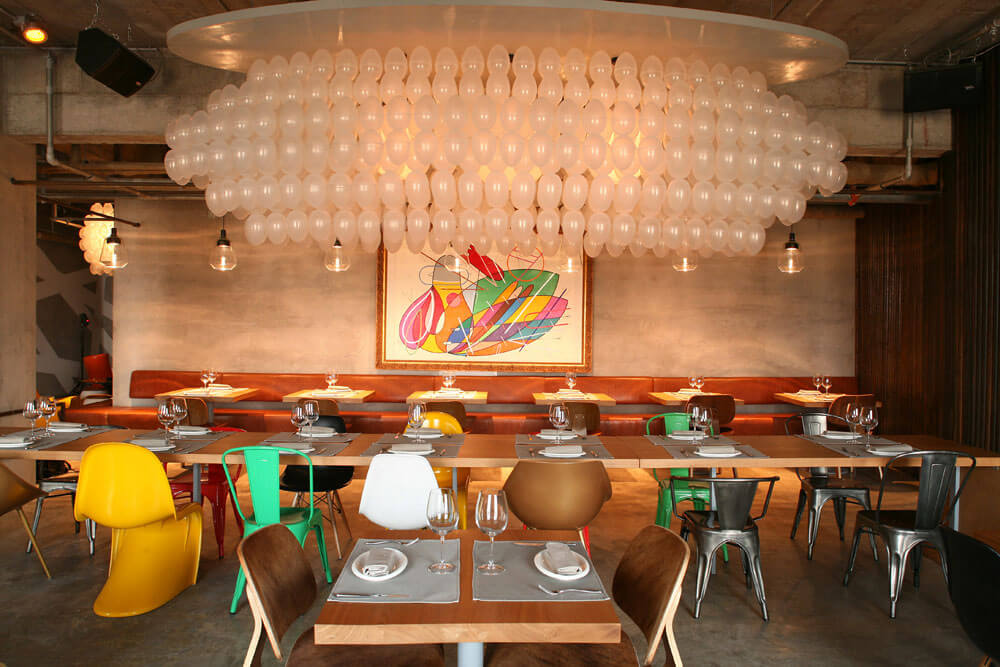 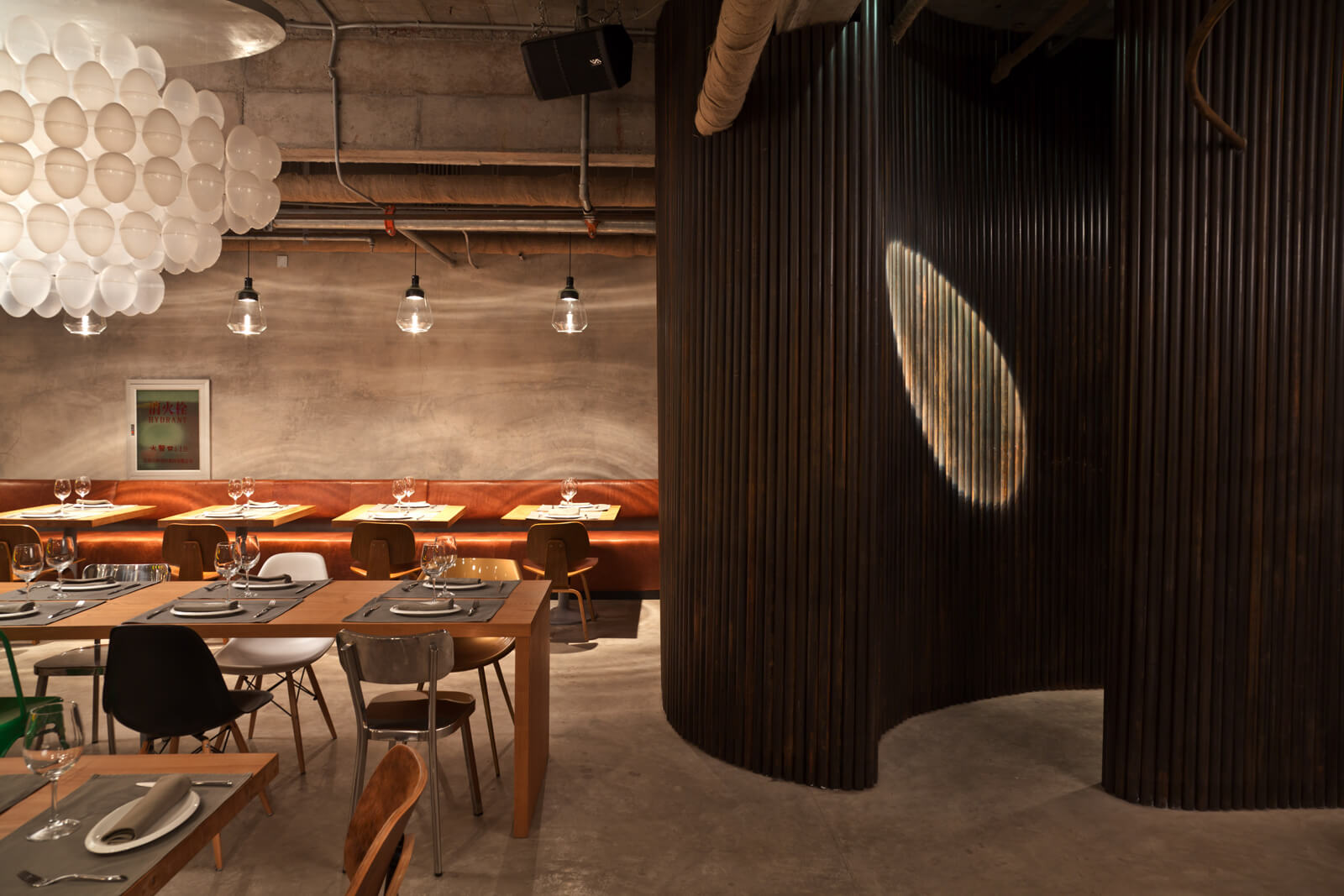 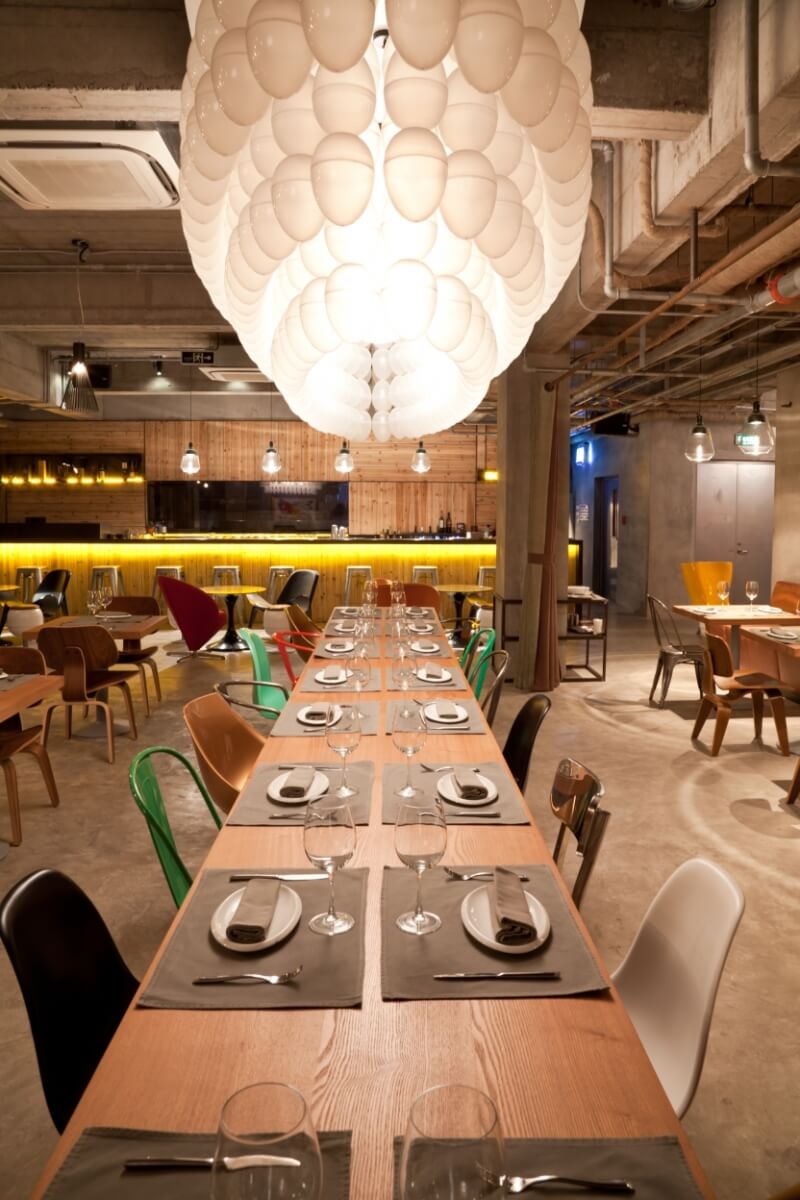 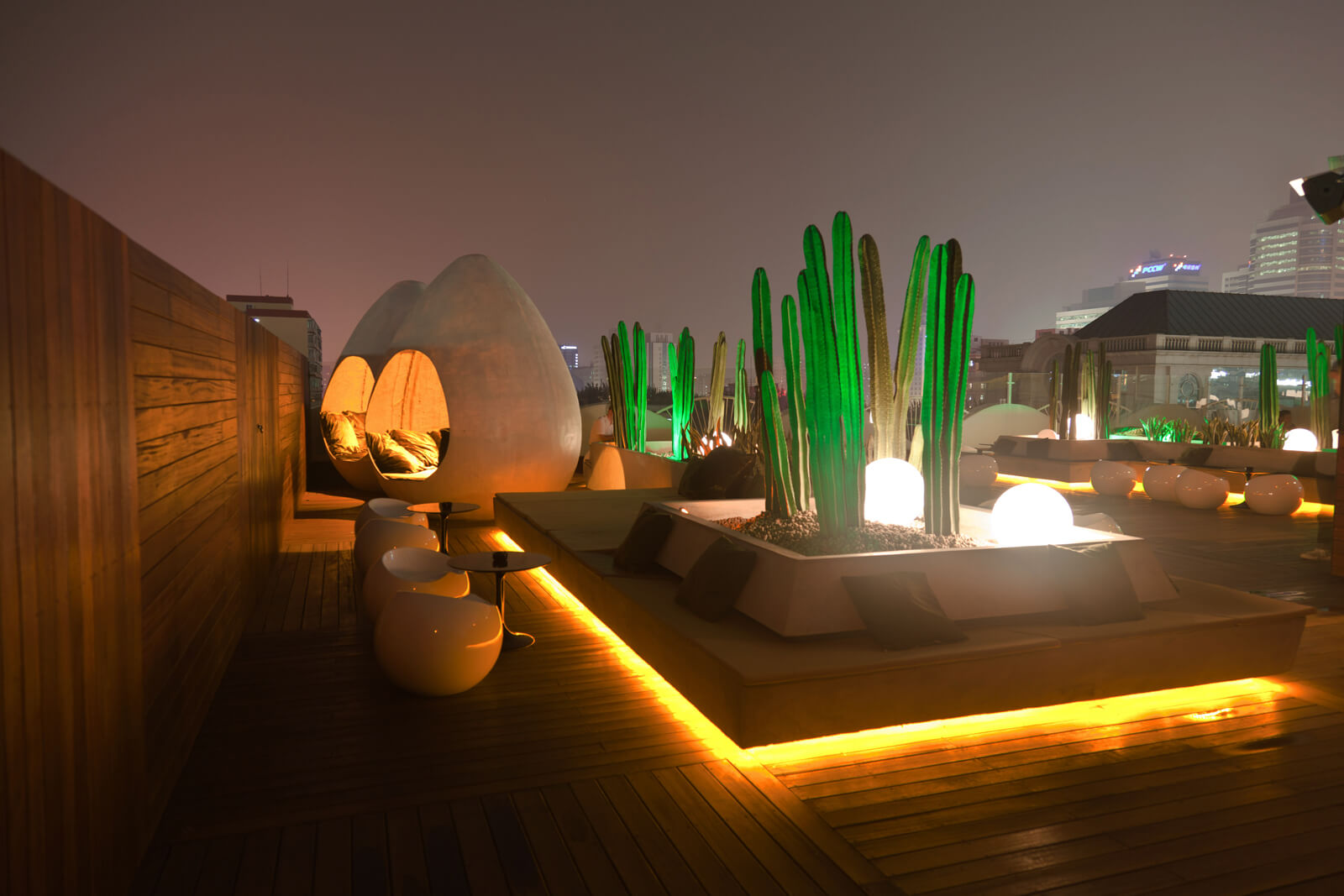 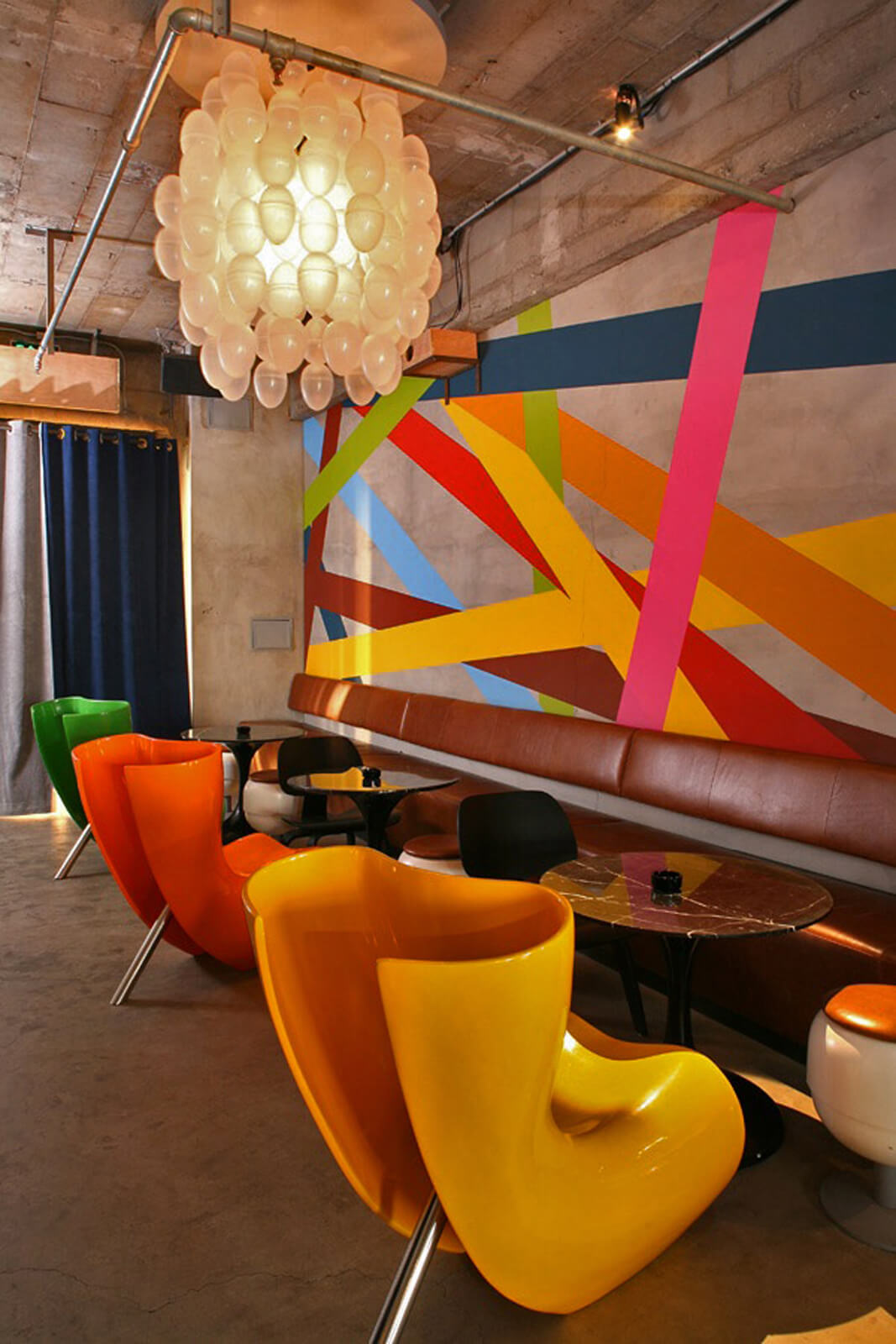 Located in a popular leisure area of ​​Beijing, specifically in an area with an Andalusian and Mediterranean reminisce, a shopping center called Nali Patio, is the Migas restaurant, one of the favorite meeting places for Chinese and foreigners.

The inspiration for the interior came from the choice of a hen in the form of an egg as a logo for the company, and from there the referents revolved around Dalí, the Olympic stadium in Beijing with a nest shape, the crumbs with which Smear the egg, etc .; The chicken farm and the egg, which are referred to both on the premises and on the terrace.

The restaurant is in a high-tech industrial style, with high ceilings, but the warmth of the walls is covered with colorful lines, multicolored furniture and a careful selection of DJs. Already the entrance pretends to represent a nest in the ceiling, presided by one of the two lamps with bases of eggs, characterizing the place from the beginning. Next to a colorist table (by the graphic designer Sixe) are the toilets, whose appearance is dominated by the image of some rusty iron pipes. The bar is located in front of the kitchen wall, which in turn is lined with pine wood slats in order to provide such a farm environment. The dining room has three different spaces, each one with different tables, chairs and / or lamps.

Warning: Use of undefined constant Y - assumed 'Y' (this will throw an Error in a future version of PHP) in /home/www/pichiglas.com/Home/wp-content/plugins/select-core/post-types/portfolio/templates/single/parts/date.php on line 4
2010